Introduction To The Shanghai Port 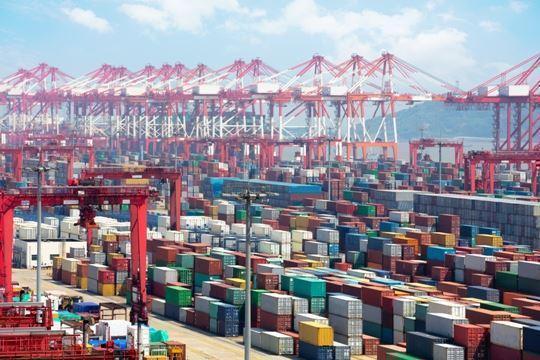 Shanghai Port is a port of Shanghai, China, located in the middle of the Chinese mainland coastline and the Yangtze Estuary. It passes through the northern and southern coastal regions of China and the world ocean and runs through the Yangtze River Valley and the inland rivers and Taihu basins of Jiangsu, Zhejiang and Anhui provinces.

Shanghai port is in a subtropical marine monsoon climate. Affected by the alternation of winter and summer monsoon, the four seasons change clearly. It’s warm and rainy all year round. The annual average temperature is about 16 ℃, and the annual precipitation is about 1148.8 mm.

The wind condition in Shanghai port is most southeast wind, followed by west wind and northeast wind, and the strong wind is northeast wind. From 1884 to 1981, there were 55 typhoons (with wind force greater than or equal to 10) with serious impact. The duration of the typhoon was up to 3 days, and the maximum wind speed was 43.9 M / s. The annual average foggy day in Shanghai port is 25.5 days, which generally dissipates before 10 a.m. and the heavy fog that does not dissipate all day is rare.

In 2004, Shanghai port opened 33 new international container liner routes throughout the year, including 21 ocean liner routes in Europe, North America, the Middle East and Australia, reaching 12 major shipping areas in the world and establishing business contacts with more than 500 ports in nearly 200 countries and regions. By the end of 2016, Shanghai port had established container cargo trade with more than 500 ports in 214 countries and regions around the world, with more than 80 international routes.

Short comments: The phase IV wharf of Yangshan port area of Shanghai port is an important symbol of China's economic integration into the global economy. It will further promote the liberalization and facilitation of China's trade and investment.