Sudden! Container Ship Bound For The United Arab Emirates May Explode Due To Steel Barrel Leakage 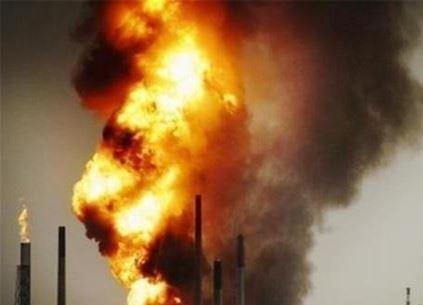 According to the Russian Satellite News Agency, on the evening of July 7th, a container ship moored at Jebel Ali port in Dubai, UAE accidentally caught fire and exploded. A huge fireball lit up the night sky, which was felt in most parts of Dubai.

It is reported that Dubai government officials confirmed that the explosion began when a container filled with steel drums caught fire on board. A local official disclosed to Arab television that "the steel drum in a container contains flammable materials".

Dubai police chief Abdullah al marri told to Arab television, adding that the preliminary report showed that the explosion may have been caused by the leakage of the steel drum or the accumulation of friction heat during transportation. The specific cause of the accident is still under investigation.

The fire then triggered a large-scale explosion. It is reported that according to local people, many buildings in the whole city were shaking. Some citizens even said that the windows were vibrating 25 kilometers away. The video showed that after the explosion, sundries were scattered at the scene, there were still many fire points, and thick smoke billowed at the scene.

Considering that the container ship fire caused by these suspected dangerous goods triggered a series of earthquake level explosions, Dubai, the largest container port in the Middle East, probably needs to be closed urgently, and the suspension time depends on the rescue situation.

Short comments: Steel drum is always equipped with some sealing components to protect its content from leakage and contamination, while this may result in accident like this. Steel companies or companies who may use this should consider raising product safety like sealing drums with nylon plug to reduce explosion rate.