Global Shipping System Under The Impact Of The Epidemic 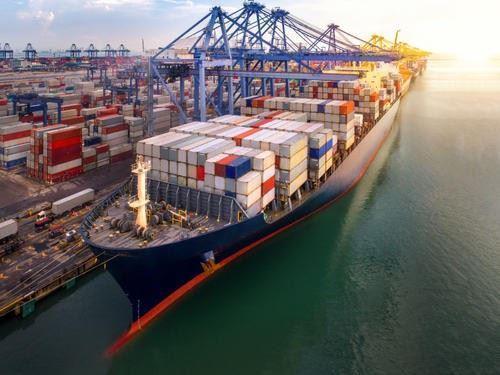 What has happened to the global shipping system under the impact of the epidemic?

In the winter of novel corona virus pneumonia, besides the hot vaccine industry, the container shipping industry also enjoys "spring" alone. How much money does the shipping company make? In the first half of this year, COSCO Shipping earned an average of 200 million yuan a day. In 2020, COSCO Haikong's net profit attributable to the owner of the parent company was 9.927 billion yuan, so the net profit attributable to the parent company in the first half of this year was 3.7 times that of last year.

In addition to COSCO Shipping, the profit margins of other shipping giants soared, and even the net profit of shipping enterprises soared 113 times in the first half of the year. The world's largest shipping company, raised its profit forecast for the whole year of 2021 by nearly $5 billion.

The "world container index" assessed by Drewry, an international shipping consulting agency, shows that the price of every 40 foot container is close to US $2000 in early January 2020, and by September 9 this year, the price has exceeded US $10000, an increase of nearly five times.

On popular routes, shipping prices have risen rapidly. The route from China, Southeast Asia to the east coast of North America exceeded US $20000 per standard container for the first time in mid August, while the normal price is generally only about US $3000.

The person in charge of a ladder enterprise in Tianjin said that the enterprise delivers goods FOB, the purchaser is generally a large foreign supermarket, and the logistics bargaining power is strong. Nevertheless, customers are complaining about the rise of logistics costs.

2. Container is hard to find

Although shipping costs have risen beyond the sky, the topic of "10 times of skyrocketing sea freight can't grab containers" is still popular on the Internet. "To keep orders, freight costs are expensive, but the key is no container." a foreign trade businessman has no choice but to make complaints about it.

With the strong recovery of China's foreign trade economy, export orders are floating like snowflakes.

It is understood that about 95% of China's foreign trade goods are borne by international shipping. The demand for foreign trade export is increasing, but the logistics capacity is limited, forming a fierce contradiction between supply and demand of shipping. Especially on the lines from China to Europe and the United States and Japan, the cabin needs to be scrambled in line, and cabin explosion and cabinet dumping occur from time to time.

The huge export demand is also due to China's successful epidemic prevention measures. Zhao Chongjiu, Vice Minister of transport, said at a press conference in June that due to the epidemic, the industrial chain and supply chain of many countries have been greatly impacted. Under the strong leadership of the Party Central Committee, the epidemic has been effectively controlled and our industrial chain and supply chain have been well protected, which has greatly increased the demand for China's import and export trade.

Short comments: Countries have strengthened the prevention and control of imported epidemic in ports, prolonged the berthing time of ships in ports, and reduced the turnover efficiency of container supply chain.